Old Business:
A. NONE


G. E-fundraising reminder through website – magazine subscriptions and restaurants
H. Other business
Posted by PELLA SWIM CLUB at 11:01 AM

Thanks to all who voted and filled out the feedback survey:
Board Posititons have been filled:

President - Melissa Webb (PellaSwimClub@gmail.com)
Vice President - Dave Hanson
Secretary - Kim Nedder
Treasurer - Michelle Papendick
Member at Large - Bryan Gaylor
Member at Large - Lori Eekhoff
Head Coach - Jennie Hedrick-Rozenberg  (Pellaswimteam@gmail.com)
*Any necessary training will begin promptly so officers can begin taking on duties ASAP.
*All payments and financials will continue to be handled by Melissa until June 1 at that time we should have  proper paperwork signed and in place for Michelle to begin taking over.

Do you or your spouse work at Pella Corporation?
If so please consider filing a Volunteer Recognition Program Grant application naming Pella Swim Club as your chosen recipient.
The requirements:
1.You may apply every six months deadlines are May 31 and Nov. 31
2.You and your spouse may each apply
3. You must itemize all volunteer hours - they do not need to be all for your chosen non-profit - some hours might be for your church, others for Pella PTO, some for Pella Swim Team and others for Pella Swim Club.  They must total 50 hours of volunteer time to qualify for the $100 grant.
*The Pella Swim Club has received over $800 through the VRP - If you or your spouse work for Pella Corporation please consider taking the time to file the paperwork and name Pella Swim Club as your chosen recipient.
Please note: All Platinum and Gold swimmers have practice this Friday, May 17 (this practice was accidentally left off the original - see final calendar with all updates and assignments.
Thanks,
Melissa


·         There will be a file holder on the “swim team” table on the pool deck. This is going to be our USA swim folders. This is where you will get awards and other information for you as swimmers.
·         This week I challenge each swimmer to swim one time on their own or with another team member; there will be a practice at the pool for each swimmer in their folder.
·         If you haven’t turned in your REC registration it is due this week to avoid the late charge.

Jennie
Posted by PELLA SWIM CLUB at 8:36 AM

A Letter from the Club President

Vote for Nominated Board Members

Fill out Feeback Survey
Posted by PELLA SWIM CLUB at 6:00 AM

Per Board Member Bryan Gaylor:  (I took notes and hopefully they make sense, since they where taken in the order that they were presented.  I apologize for a long email, but felt that detailed facts were crucial, at this point.)

CONGRATULATIONS TO EVERYONE INVOLVED IN OUR EFFORTS....our pool is staying open this winter!  The Pella City Council made the unanimous decision at 10pm May 7 to do the complete renovation during summer of 2014.
A heartfelt thank you to everyone in attendance last night and to everyone that worked behind the scenes to make sure we were prepared for this meeting and past meetings! We had excellent representation and superb speakers, especially the heartfelt messages by the kids.  Approximately 8-10 individuals spoke and approximately 20 were in attendance for support!.

Last night's council meeting began at 7pm and the public forum section allowed many of us to deliver our messages just before 8pm.  After the meeting officially adjourned around 9pm, the indoor pool renovation presentation was delivered by Phil (forgot his last name), the architect, and Mallory.
Before this began, Jim Mueller, Pella Mayor, indicated that there are two options for the renovation;
1) partial remodel during fall of 2013 with final remodel during spring-fall of 2014, or
2) do entire remodel during winter 2013/2014.
Phil expressed concern that the 30+ year old boiler system may not last another winter.  Mr Mueller recommended that they must have 2 options, and potentially 2 estimates, taking in consideration renovation during the potentially different timelines.
PHIL'S PRESENTATION:
Basement
-update classrooms to today's finishes
-update bathrooms to today's standards
-update the ceiling panel system
-resurface the south stairway
Main level, excluding pool
-swap locations of men's and women's locker rooms (gives more room for more women's toilets), and update entire interiors.  This includes lockers, windows, benches, showers, toilets, sinks, etc
-new public restroom in the lobby area
-new family locker room off of the lobby area
-new vestibule where the south doors are currently, to control exterior climate (accesses outdoor aquatic area)
-turn the north "storage garage", on the end of the pool deck, into an activity room, and have it's north exterior wall built in anticipation of adding a breezeway to a future competition complex built to the north of existing indoor pool
-adding more storage room to the NW side of pool deck area (just north of current water fountain)

Exterior
-foundational stone (blocks) are in beter shape than originally expected (allows for more budget flexibility)
-major concern is facia brick, since water is entering mortar area and finding it's way into the basement.  Phil proposed to remove all brick, perform proper water control renovation, then re-install new brick.  The council agreed on the first two steps, but disagreed with the cost of using brick as the future surface covering.  They recommended using a concrete siding or stucco, since it was approximated that siding difference would save over $200,000 in the budget.  Council told Phil to get these figures before the June meeting.
-adding a mechanical room onto the east side of building (to serve as HVAC zone for main level of pool)

HVAC system
-having multiple zoned systems will increase efficiency for heating and cooling climate of the facility, and will decrease utility costs for city
-new systems will reduce humidity inside the facility

Boiler
-is original unit from 1974 construction.  Concern that it may not last through this winter
-cost of replacement unit is $200,000
-Phil stated that the labor for removing the old unit and placing the new unit is another $200,000. Council (mostly Bruce Scheibout) did not find this an acceptable figure. They stated that this figure is grossly inflated and challenged Phil to adjust this figure in the final estimate.  This is the point where Phil said that doing the project in two summer phases meant that this fall's project would solely be boiler replacement, then the balance of the renovation would occur next summer.  This is when the council began discussing the validity of doing any of the renovation until next summer.

After much discussion, the mayor laid out three final options for renovation;
1) do the entire renovation this winter, or
2) do boiler renovation this summer/fall, then do balance of renovation next summer, or
3) do entire renovation April - October 2014
He then asked each councilmember, individually, how they would vote.  The entire group felt it was a wing and a prayer to keep the boiler running throughout this winter, but it would be fiscally feasible to do temporary repairs (if necessary), to keep it running over this winter.  In the end, they all chose option #3.

After the City Clerk recorded this, the mayor stated that Phil needs to find out how soon the bidding process could begin, so that construction started April and ended as early as possible in October.

Preston Rhamy and myself stayed after the final presentation, in order to thank each councilmember individually.  They relayed a similar, positive message; everyone that provided feedback and information about this indoor renovation did so in a professional manner.  We told the mayor that, if they are interested,  we have interested individuals that would like to form a committee that would work in conjunction with the council (or a few of them as liaisons) for a potential future Competition Pool Committee.  Although he didn't give an immediate answer, we have indications from a few councilmembers that this could be in the works.  We will keep everyone posted, as we hear more.

Please utilize your address books to forward this onto anyone affected by this positive outcome.  I wouldn't worry about someone getting this email more than once, since multiple communications are better than no communication at all.

Thank you again to everyone involved in this effort!
Posted by PELLA SWIM CLUB at 5:36 AM 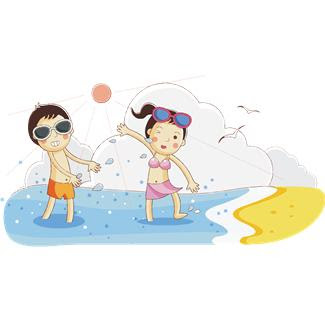 We encourage our club swimmers to take advantage of all swim opportunities available.

Most recreation teams focus is on recreational swimming and conditioning.  If you are looking for more one on one coaching and a higher level of competition we encourage you to participate in both programs.  To register for the recreation program you must fill out the proper forms and register in person at the Pella Indoor Pool.

To promote swimming as a lifelong sport while offering a competitive and instructive program that encourages swimmers of all abilities. South East Aquatics will stress the importance of physical fitness and promote excellence at all levels while helping athletes grow into productive members of society. South East Aquatics will strive to develop healthy self-esteems, hard work ethics and teach the importance of respect for all athletes, coaches and members of our community.